The Global Partnership for the Prevention of Armed Conflict (GPPAC) Northeast Asia Regional Meeting - Peacebuilding in Northeast Asia was held in Beijing, People's Republic of China between December 2-4, 2018. This meeting comprised the the fourth convening of the Ulaanbaatar Process, a civil society dialogue on peace and stability for the Korean Peninsula and broader Northeast Asian region. It was convened by Peace Boat as the Regional Secretariat for GPPAC Northeast Asia, and hosted locally in Beijing by the Charhar Institute, an independent, non-governmental think tank in China focusing on diplomacy and international relations. The institute works to provide the Chinese government and the international community with forward-looking, original and constructive research findings and study analyses, and conducts regular cooperation, exchange and dialogue with other domestic and foreign think tanks through its publications, theme events and media.

Since its foundation, GPPAC Northeast Asia has annually convened a meeting of its members from throughout the region to exchange perspectives on developments relating to peace and security in Northeast Asia, and discuss cooperation and exchange between civil society organisations to contribute to a more peaceful environment. Since 2015 the priority activity of the network has been the Ulaanbaatar Process, co-convened with the Mongolian NGO Blue Banner. This civil society dialogue for peace and stability in Northeast Asia promotes effective regional Track 2 dialogue, seeking to strengthen the role of civil society as a complement to governmental processes, towards the development of an institutionalized regional peace and security mechanism for Northeast Asia. Prior to this week's gather in Beijing, three meetings have been held thus far, annually in 2015, 2016 and 2017, each time in the Mongolian capital of Ulaanbaatar.

Approximately 30 participants joined the meeting, including from the GPPAC Global Secretariat (the Hague), GPPAC NEA Regional Secretariat (Tokyo), and network members and partners from Beijing, Kyoto, Pyongyang, Seoul, Tokyo, Ulaanbaatar and Vladivostok, as well as the United States. This included a range of actors including grassroots peace organisations, feminist groups, media commentators, peace and disarmament experts, humanitarian practitioners and more.

The meeting took place following a year of rapid changes and an unprecedented momentum for peace on the Korean Peninsula and in the broader region, greatly applauded by participants. With the last Ulaanbaatar Process having taken place in August 2017, amidst a real crisis situation, participants noted that these positive steps are more than any could have imagined at the time of previous convening. Such steps include the joint Korean team at the PyeongChang Winter Olympics, the subsequent inter-Korean Summits and concrete steps for collaboration, and DPRK-US Summit. And in the broader region, participants noted other developments such as those in US-China, China-Japan and Russia-Japan relations. With this the world's attention is turned towards developments on the Korean Peninsula, placing higher expectations and hopes for the ongoing peace process.

A summary of discussions and next steps can be read in the meeting's Summary Document here (pdf).

Coinciding with the regional meeting, a series of related events were also held. This included co-sponsoring of a Graduate Student Forum on Peacebuilding in Northeast Asia on December 2, a roundtable with key Chinese experts, representatives of international organisations and the media on December 4. Furthermore, a delegation from the GPPAC Global and Regional Secretariats including Executive Director Darynell Rodriguez Torres also visited Seoul in advance of the Beijing gathering, to meet with local civil society partners and representatives of the Government of the Republic of Korea, namely advisors to the President at the Blue House and the Ministry of Unification. This programme in Seoul was organised in coordination with GPPAC member organisation, People's Solidarity for Participatory Democracy (PSPD). 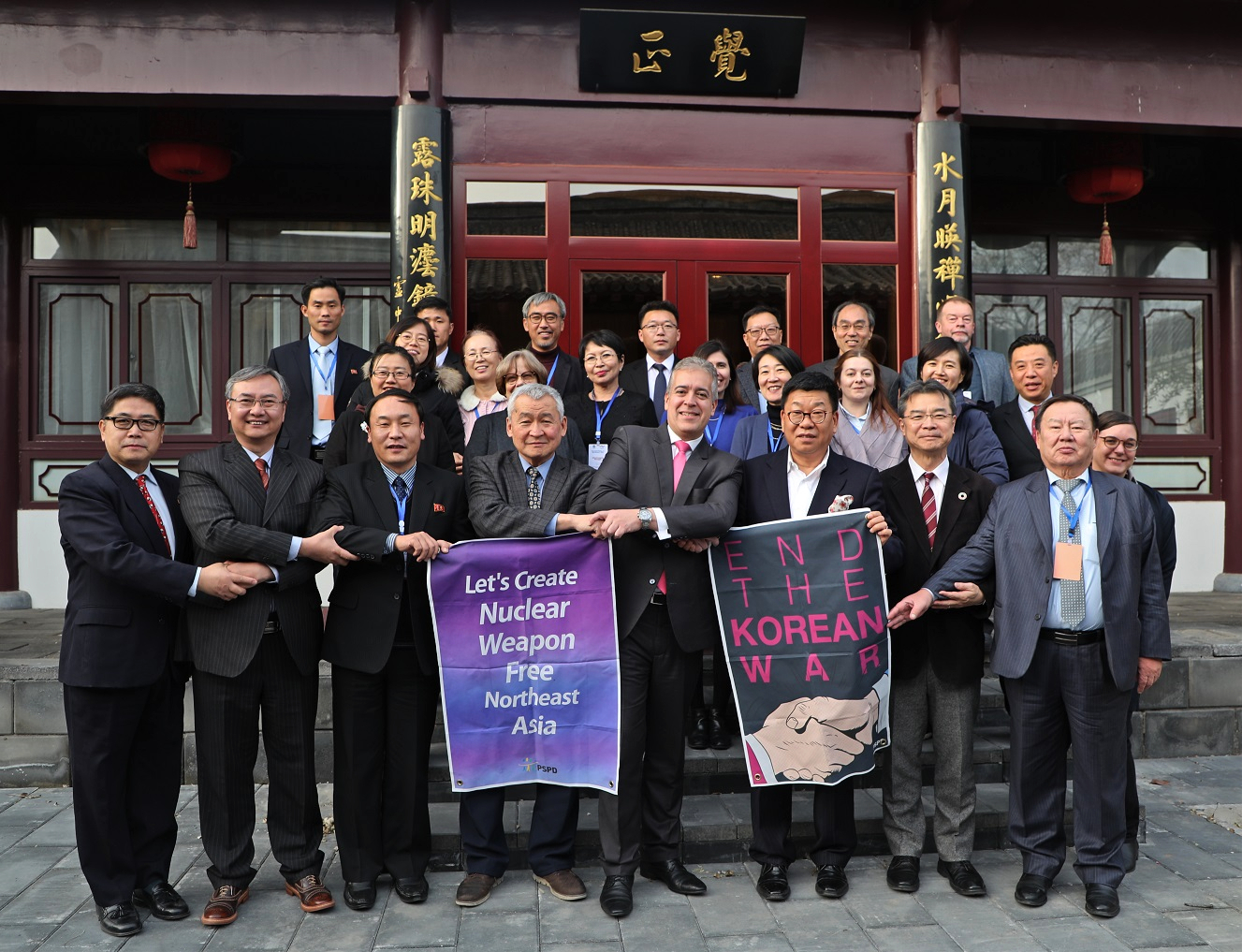